skip to main | skip to sidebar

The Revolution Will Be Painted

Women have largely been excluded from the canon of painting. Rather than abandon it, and reinforce this bias, I choose to engage with the medium; there is much that has yet to be said. 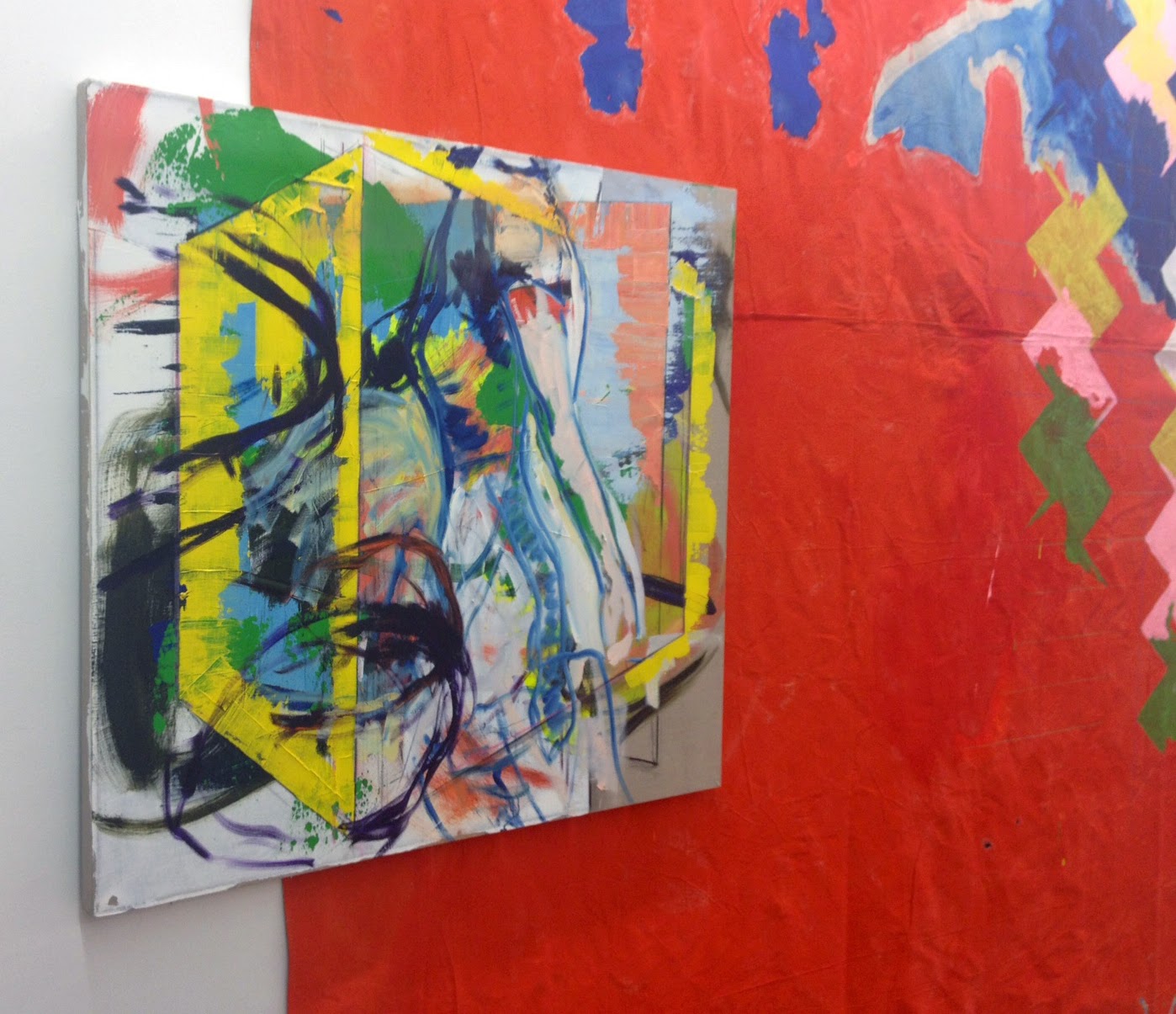 Redressing the medium's established language is one such topic. Motherhood experienced rather than observed and regulated is another. Before I manipulate the traditional elements and processes of painting, my work originates within a non-material, interior realm. I am drawn unconsciously to a string of images each representing a moment of recognition. I believe the essence of who we are can be distilled from these moments. 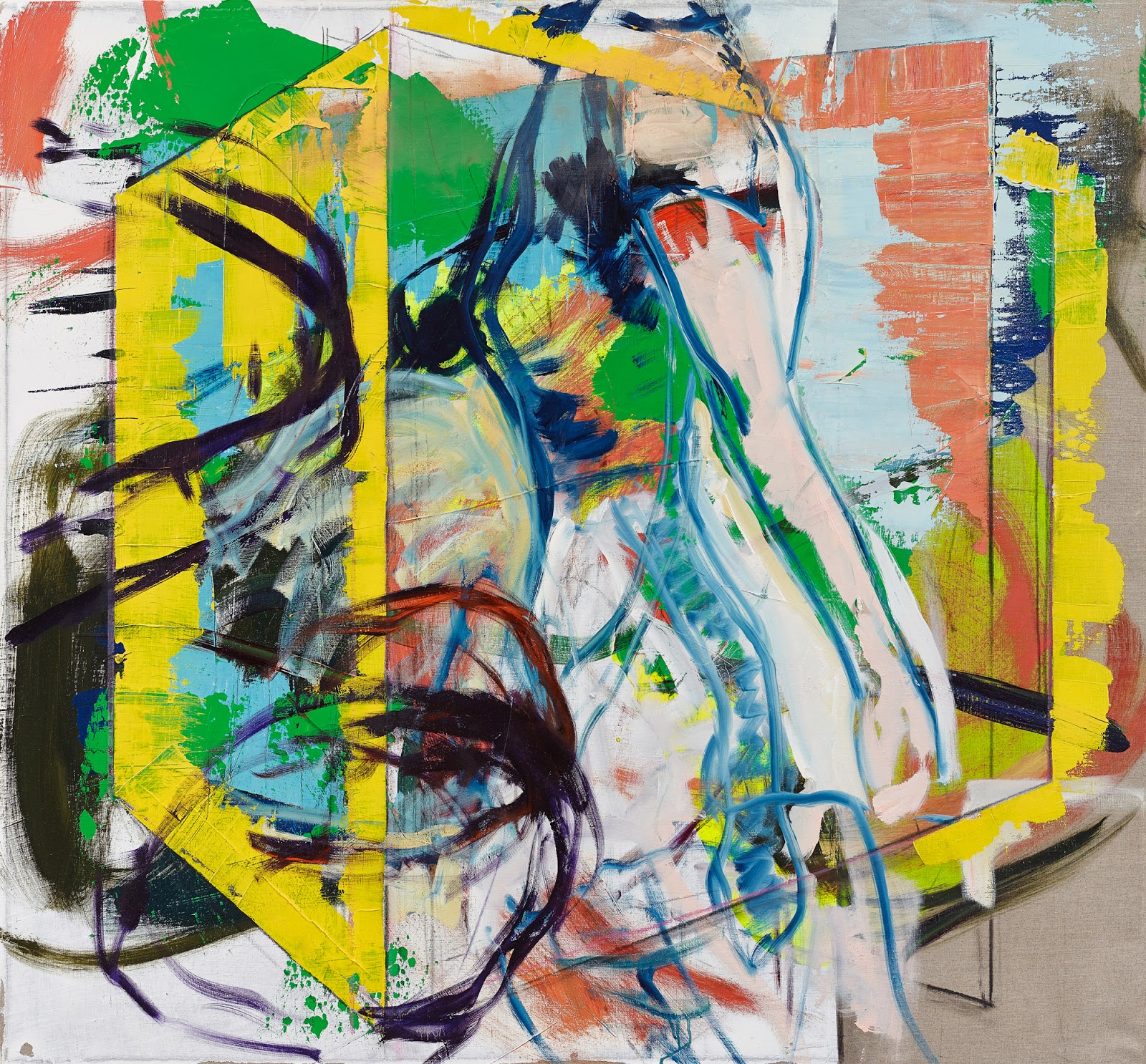 "The Revolution Will Be Painted," is an installation that is part of the group exhibition, "Milk and Night" at LES Gallery Sensei through September 21, 2014. The inter-related components of the installation are centered on my painting, "Shadow Realm" and the sequencing of its source material. The painting's central figure is a woman fencer. She is prepared to defend. As we all strive to do for ourselves as adults, a mother negotiates to protect the essential shape of her child's inner life so that it may flourish when she asserts herself in the uncertain outside world. 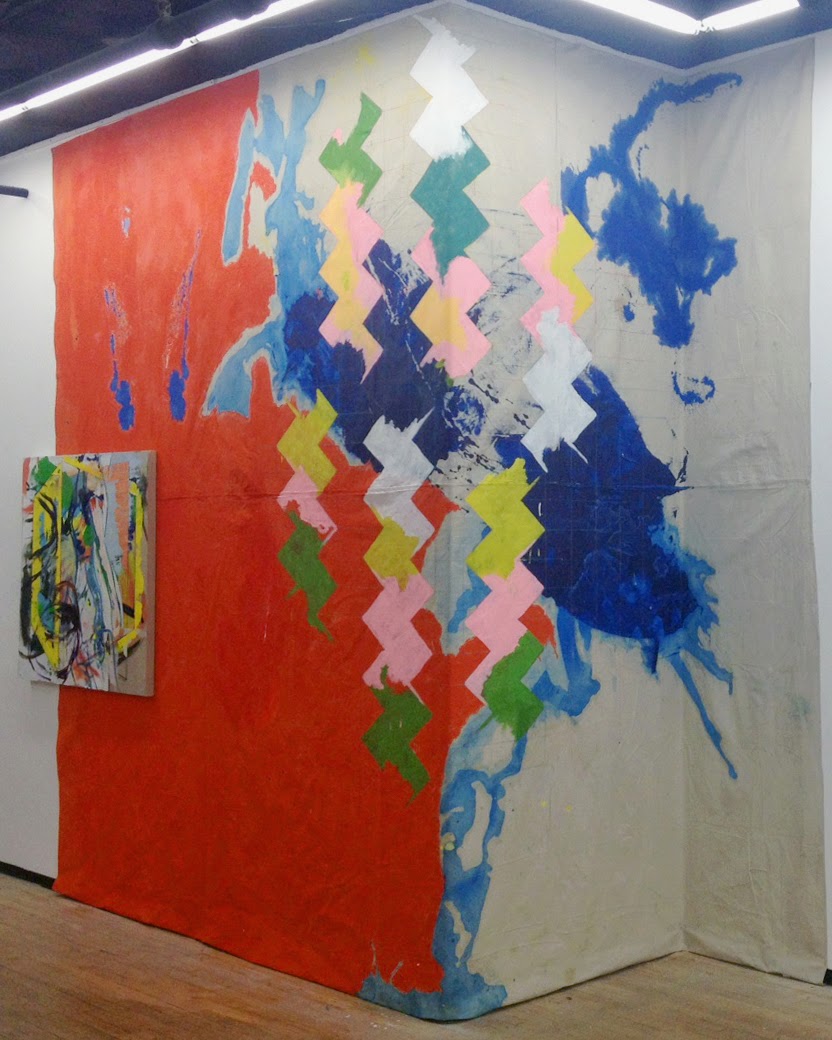 The painting is framed by a monumental canvas tapestry painted in an abstract conversation of color and form, becoming a protective cloak for both the painting and the viewer. The canvas was re-purposed from its use as a drop cloth on my studio floor for the last two years. It is thus charged with the specific history of my painting process along with the preparations that took place in my studio for collaborative events such as “The Clitney Perennial” at the Whitney Museum of Art. In the upcoming issue of Girls Against God which I co-edit, the source material for "Shadow Realm" is ordered as elements of a mother's protective spell; a rose, a stone and a leaf are gathered under candlelight while a child's favorite lullabies are sung. The painting, the cloak and the spell are evoked in the video, "A Mother's Spell" accompanying the installation yet playing in a steady loop in a remote, intimate space in the gallery.

Anne Sherwood Pundyk
I am an artist based in Manhattan whose interests focus on the intersection of art and philosophy.